We received two complimentary press passes in exchange for a review. All opinions expressed here are all our own nerdy opinions.

For ages my son and I have desired to go to a Comic Con. To our surprise we received an email from Fan Expo Dallas (formerly Dallas Comic Con) for a few press passes to come to the event and experience the interviews, Q&A, autograph sessions, and so much more. While I do plan to post another post soon and tips and tricks for Fan Expo Dallas this post is a bit more about the fun times that we had. 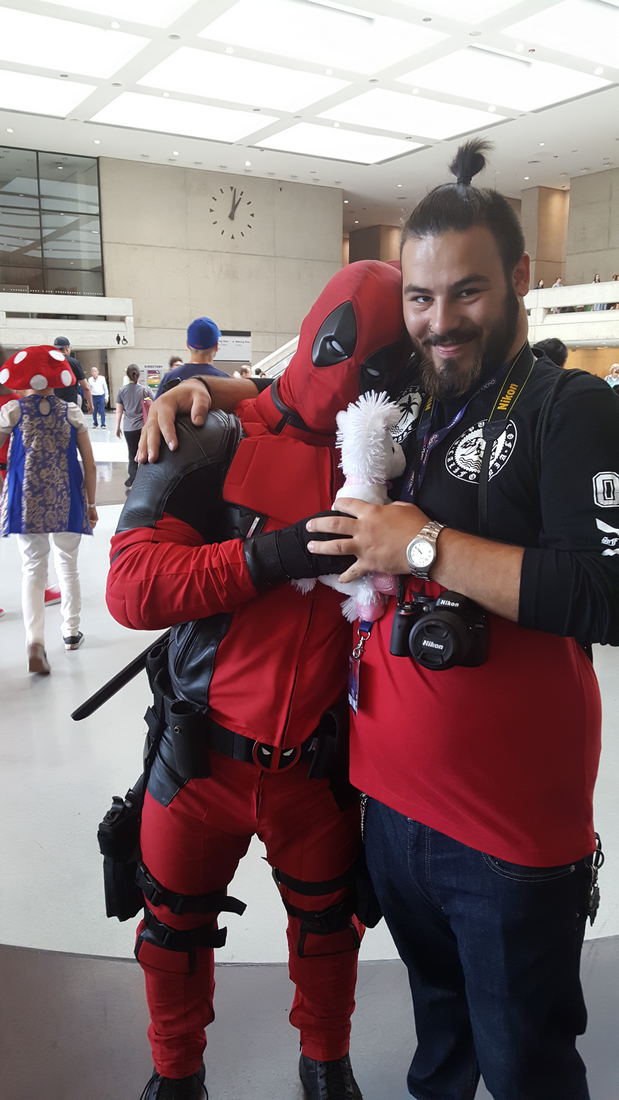 My middle son, Chance, is a HUGE Marvel comic fan and a very dedicated Star Wars fan. He can easily ramble on about all of it. Oh and if he sees the film before you just wear ear plugs because he is a walking spoiler! That being said we have been at just about every single opening to every Marvel movie and of course the new Star Wars film.  Thank you to the guy that played Dead Pool in this picture you made the moment for both my son and myself. (Remember cosplay is not consent; ask for a picture and most will be glad to take one with you.) 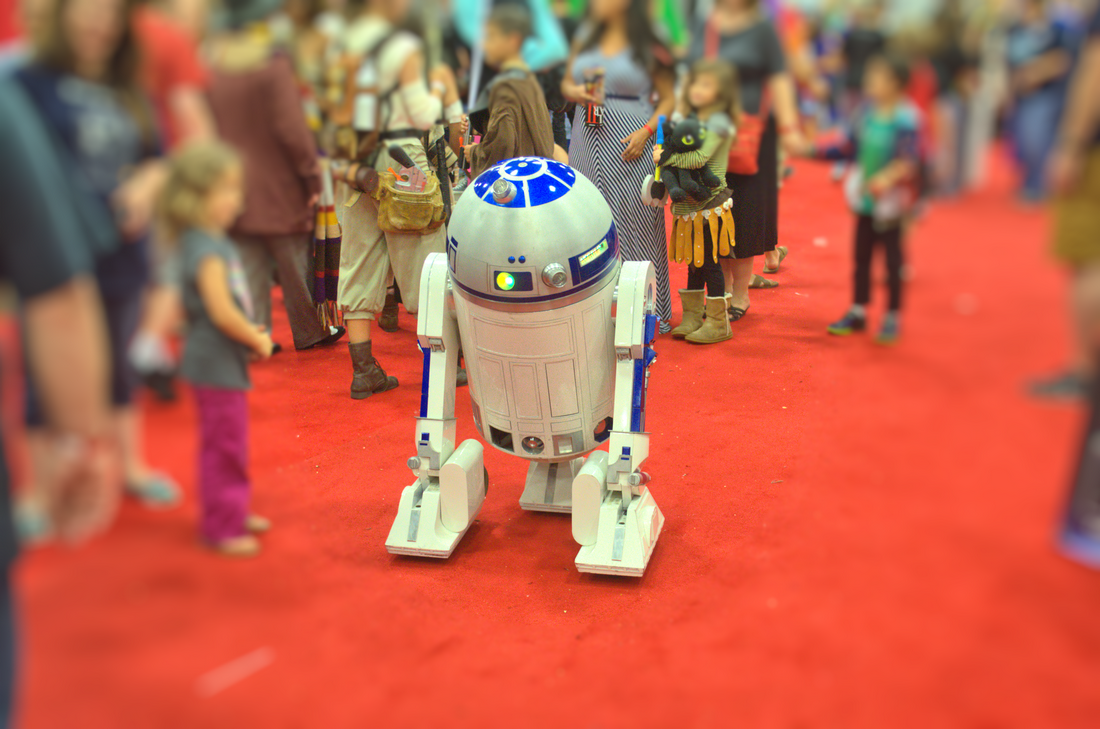 That being said you know just how much of NERDS we are. So when the press pass came in we were jumping up and down. Finally, a chance for us to have a trip to a comic con. We decided to ride the train into the Dallas to for go the $15 parking. With very few tips from other blogger friends we decided to eat somewhere in Dallas. Some of the food looked so good inside the convention center at Fan Expo Dallas BUT the lines were so LONG! 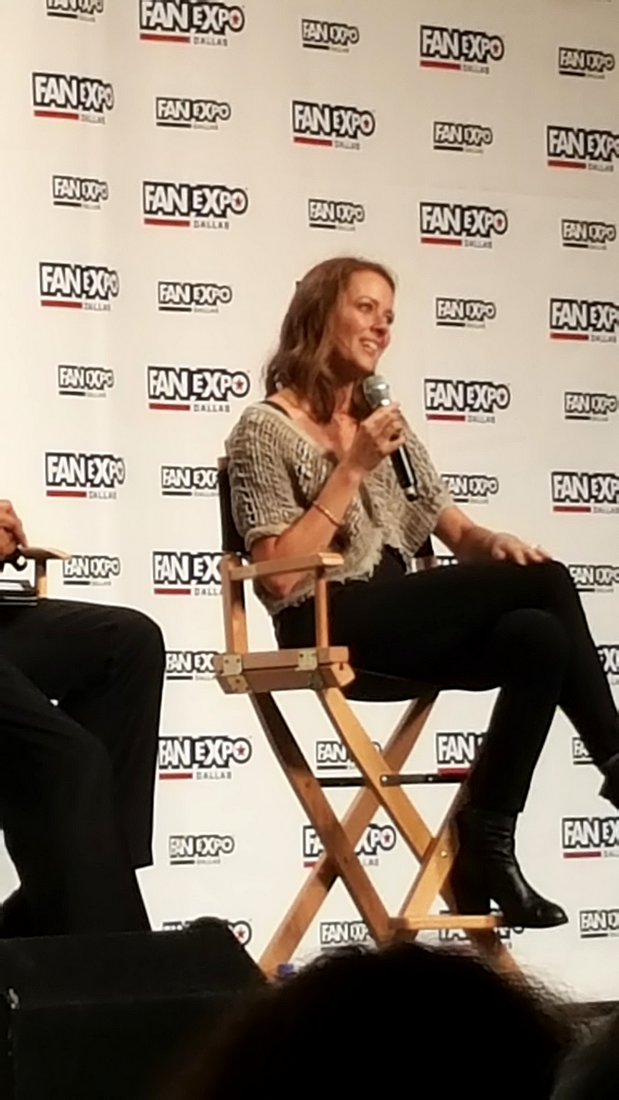 After getting our grub on we decided to walk the shopping floor which is huge and so many vendors it was hard to see everything. We bought a few necklaces (Grimm, LOTR, and POTC) along with some Father’s Day gifts that included two shirts of the character Groot from Guardians of the Galaxy (which I couldn’t find anywhere else but In My Parents Basement).

I was so, so happy to find them! After shopping we headed to watch John Cusack do a Q&A session. I love the many references to Say Anything and how he talked about his time on each movie including The Raven. Which by the way is one of my all time favorite movies. While I finished up watching John, Chance did a little more shopping and bought me a necklace which I enjoyed! He know his mom and that pirate in me!

How cool is this! 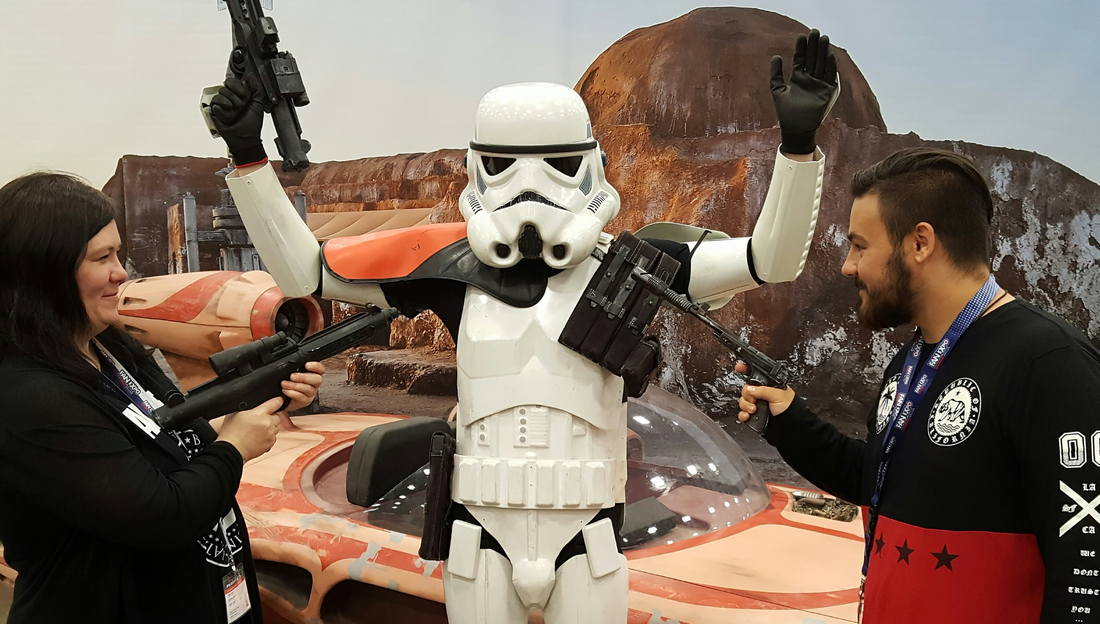 Lastly, we got a picture taking with the storm trooper for $10. I thought it was completely worth the keepsake. Then I watch the Q&A with Amy Acker. Amy Louise Acker is an American actress. She played Winifred Burkle and Illyria on the TV series Angel and Kelly Peyton on Alias. I thought it would be cool to see her because I used to have so many friend obsessed with Angel and Buffy. She was really sweet in person!

Loved her smile and how comfortable she was with the fans asking questions. We had a lot of firsts that day. First comic con, first press pass, and first train ride which two of those were first for my son. If you got a chance to visit Fan Expo Dallas I’d love to hear about your experience! I will leave you with a moment we had when I double dared my son to ask Jack Sparrow “Why is all the rum gone?” Can you guess his answer?