For two years these cupcakes have been a vision in my head. I wanted so badly to make them but the last two years I’ve been too busy and past the moment to make them. This year I made a special time to do them. My daughter and I baked the cupcakes the night before. The next day her boyfriend visited and helped with the donut holes. These New Year’s Eve Ball Dropping Cupcakes don’t take long to create. You can use any colors you can imagine but New Year’s Eve to me is all about gold, black, and silver. 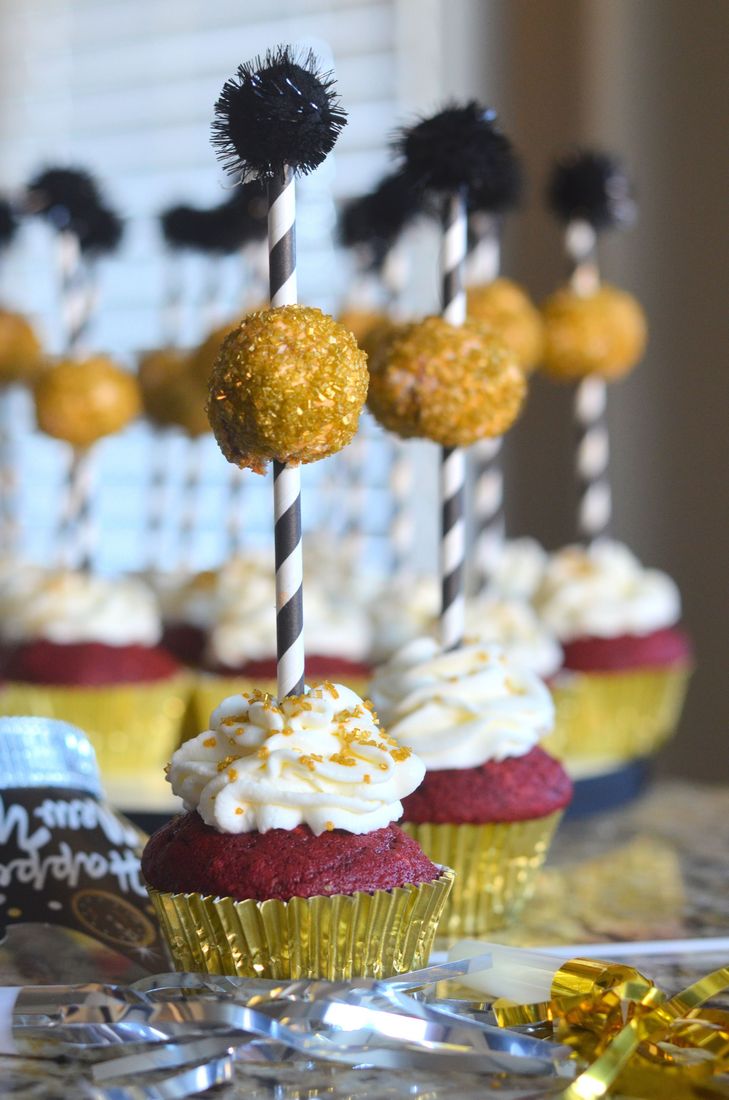 It’s pretty simple in the fact that you can pick any cake mix. I used red velvet. The black ball toppers on the straws I bought at Hobby Lobby and the straws also. The balls are in the craft section and straws next to the cake decorating section. 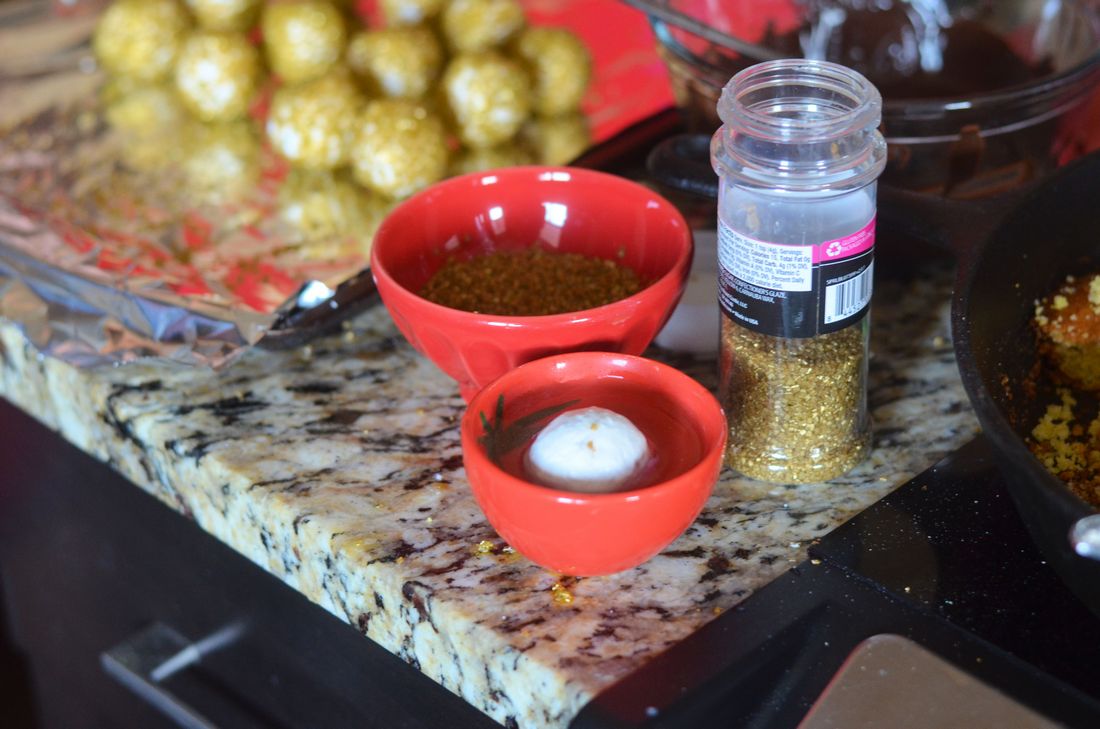 I also got the sprinkles in the cake decorating section. Bought donut holes that are powdered. Just roll them in water lightly as you see pictured above then roll in sprinkles as you see in the picture below. It just wets the powdered sugar and does soak the donut. 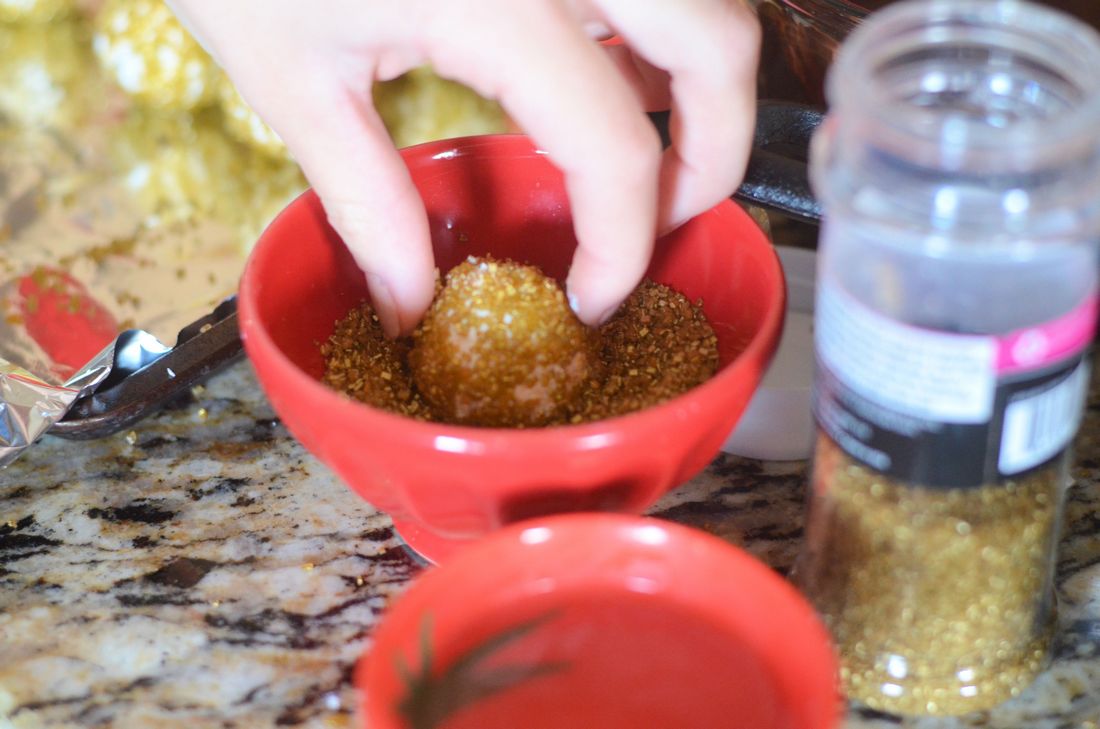 Set the balls on foil. Now glue all the decorative sparkle balls to the tops of the straws. The trick here is slowly sliding the straw through the donut hole so it doesn’t break in half. 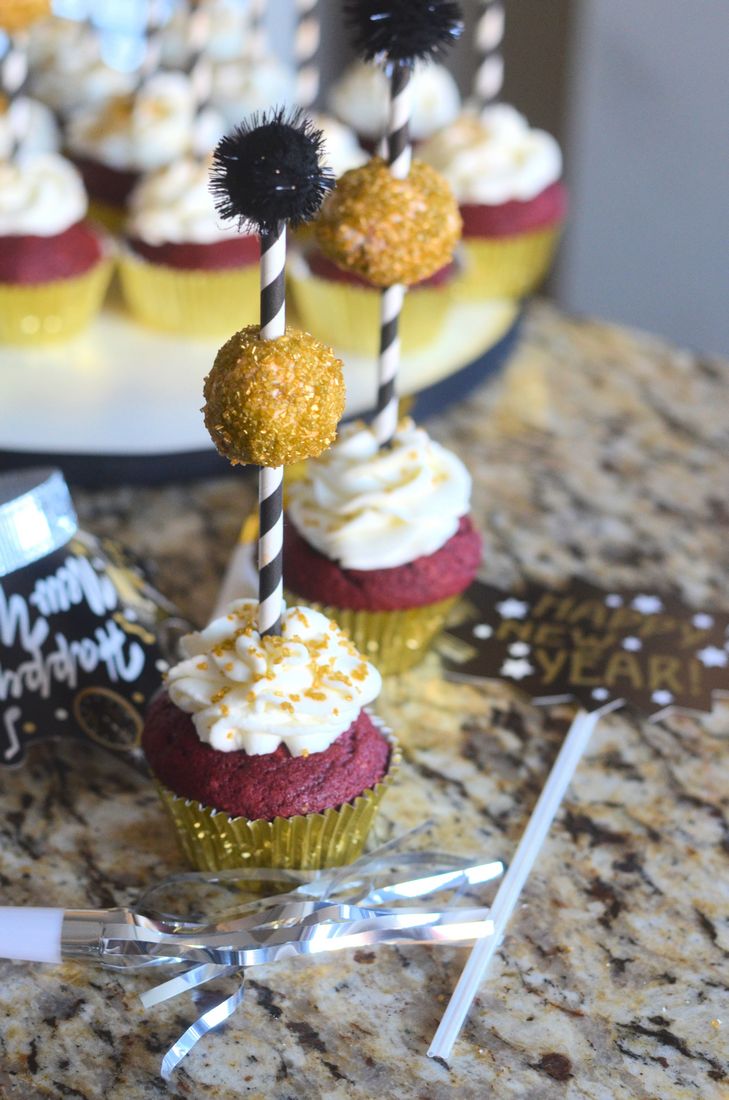 If the donuts slide down just add a little melted chocolate or icing to hold it up. The icing I used on these cupcakes won’t work for that as it is a whipped topping icing but you can prepare some buttercream icing (small amount) to use as a edible glue. I used chocolate on about two or three.

Frost the top of the cupcakes, add sprinkles, and then insert straw into donut hole and add to the cupcake. These are sure to wow your guest at your New Year’s Eve celebration. 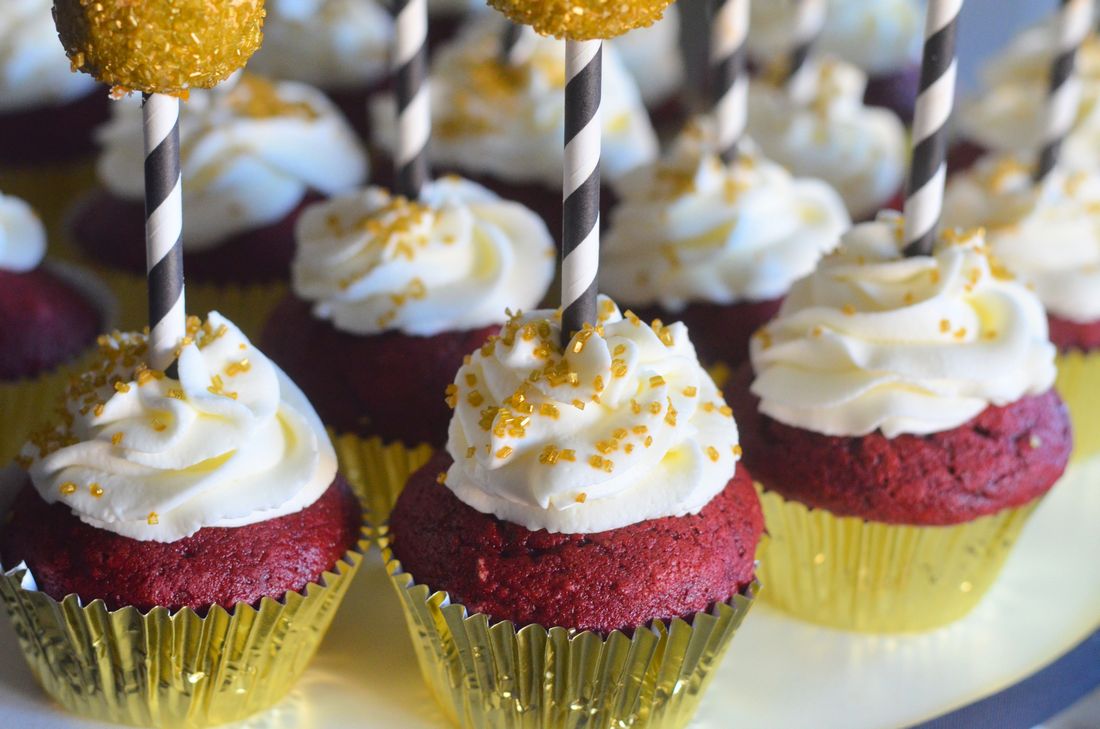 Any cookies that may not be particularly necessary for the website to function and is used specifically to collect user personal data via analytics, ads, other embedded contents are termed as non-necessary cookies. It is mandatory to procure user consent prior to running these cookies on your website.

As an Amazon Associate I earn from qualifying purchases.
We are a participant in the Amazon Services LLC Associates Program, an affiliate advertising program designed
to provide a means for us to earn fees by linking to Amazon.com and affiliated sites. View our privacy policy.
Send this to a friend