Castillo de San Marcos is a stunning place. Can you believe that’s it’s located in the oldest city in America which is St. Augustine Florida. Construction began on the Castillo de San Marcos in 1672 and lasted 23 years, until 1695. You can see the coral and shells they used to build the fort from local materials right at their finger tips. Secondly, It’s so fascinating as you walk up the stairs to the second level you are more focused on the shells embedded into the steps then you might be making it up the steps. 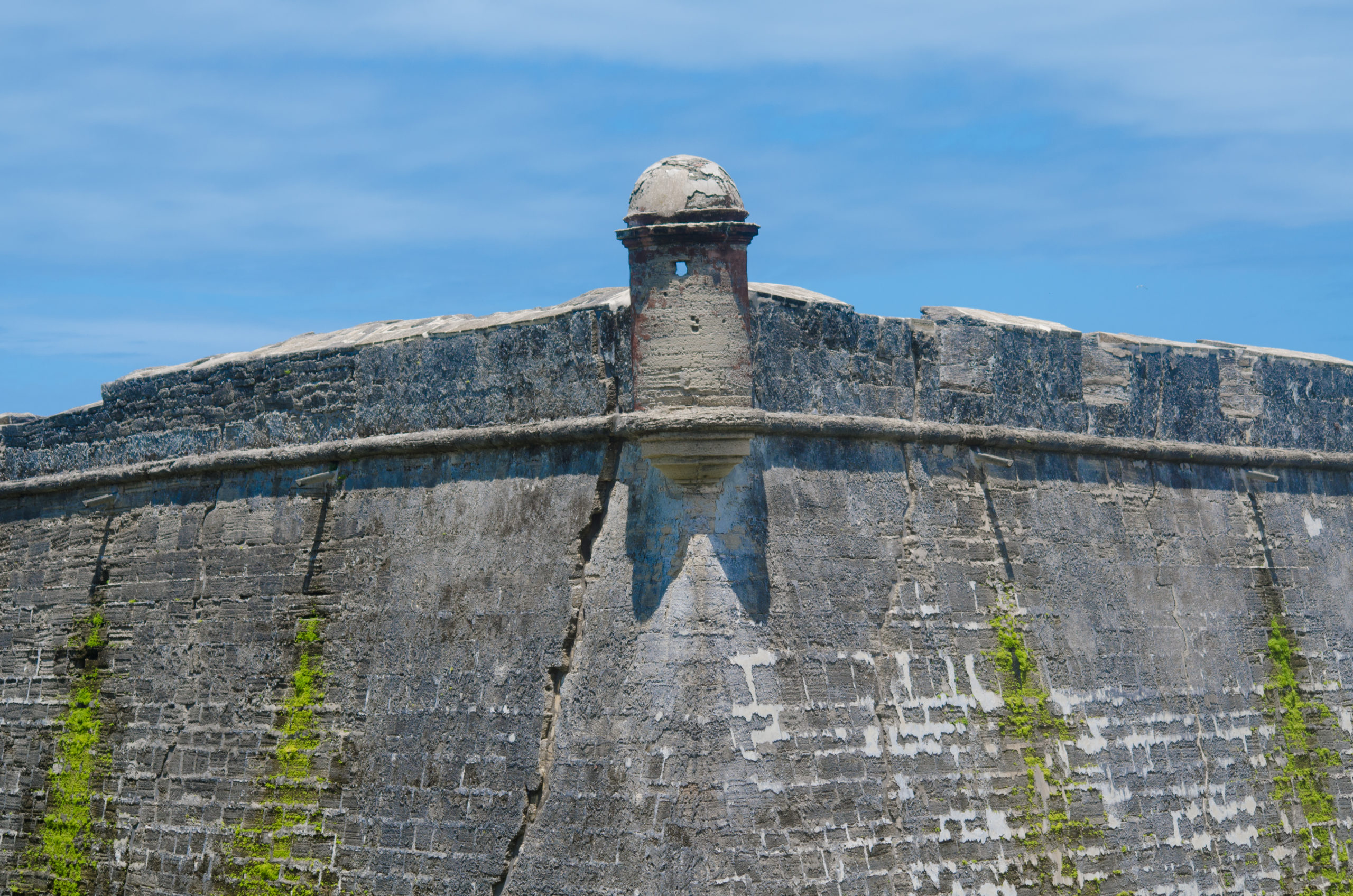 The Castillo de San Marcos is what drew my attention in about visiting St. Augustine. My passion and love for everything pirate it was a place I knew we had to visit after seeing a short bit about it on Travel Channel. After a 1668 attack by the English pirate Robert Searle during which the town of St. Augustine was burned to the ground, wooden forts were deemed inadequate, and Mariana, Queen Regent of Spain, approved the construction of a masonry fortification to protect the city. They have found may artifacts in the bay area buried in the ocean floor from pirates and other settlers alike. Moreover, you can find these artifacts at the local pirate museum. 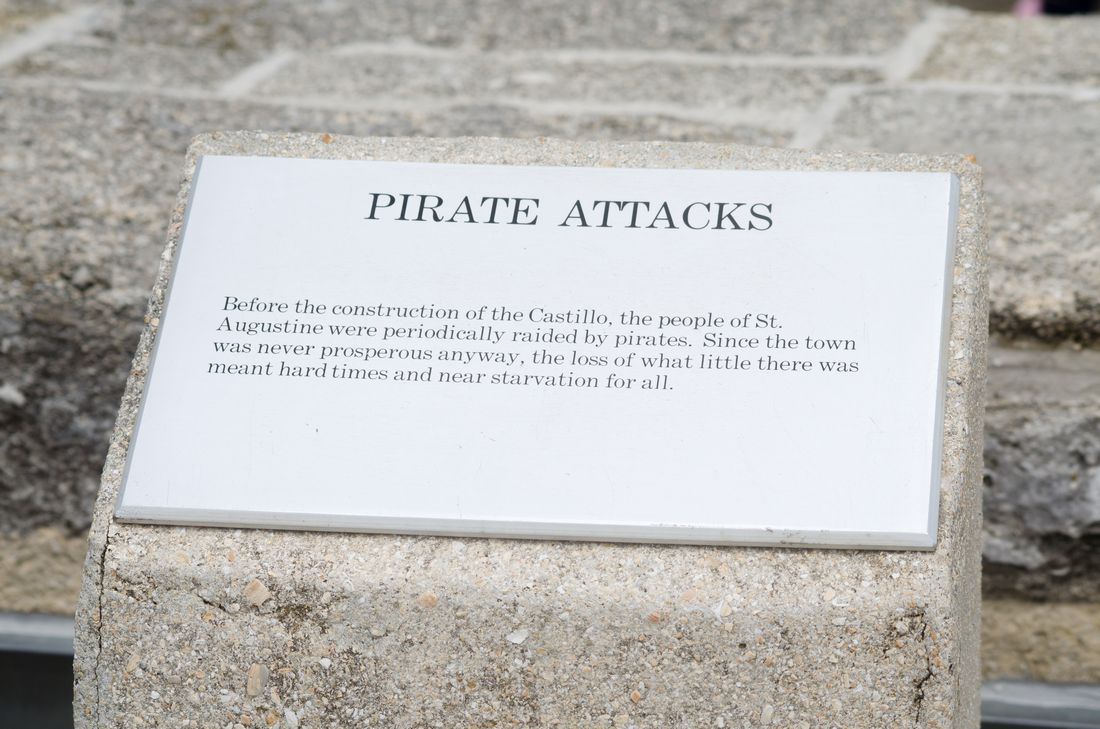 The Castillo de San Marcos has many rooms to see! Including a room that is set as from the time the British occupied the fort. In 1763, Florida became a British colony with the signing of the Treaty of Paris, thus beginning a 20-year period of English rule. Nevertheless, the British history is dominate through out the fort and the city. 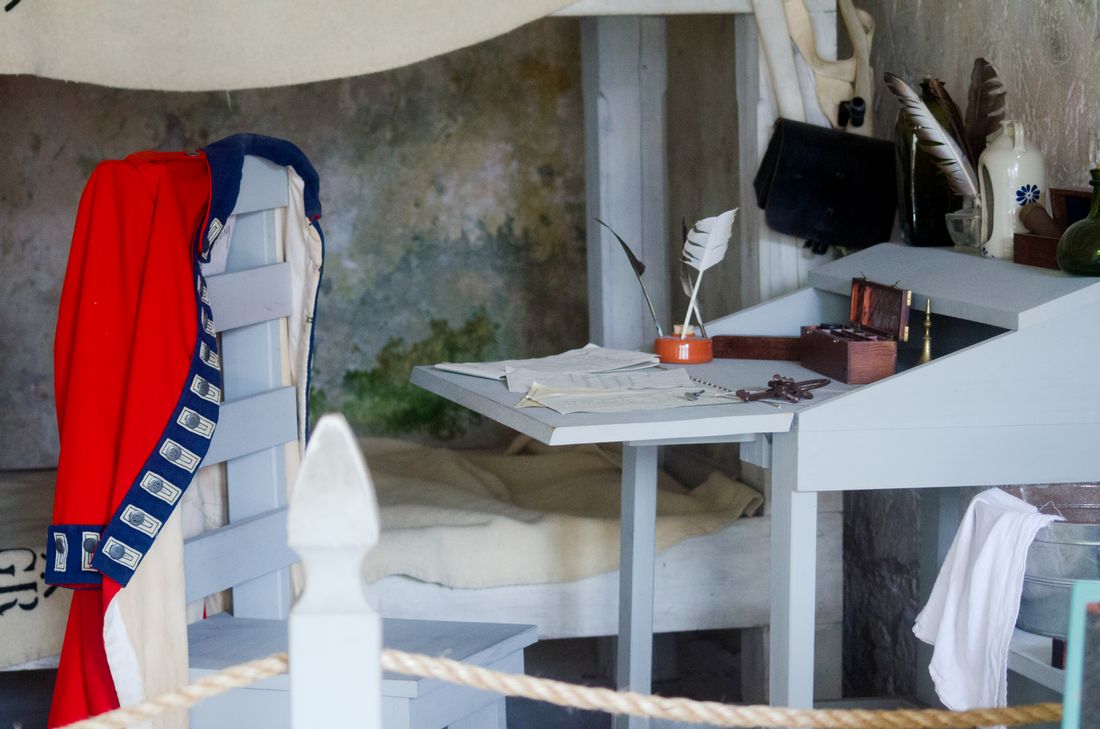 Yet, beyond rooms like this above you can experience the cannons up close on the top of the fort and around the edges. Regular daily programs and ranger-led tours are free with admission. Furthermore, cannon firings and weaponry demonstrations which are offered (weather and staffing permitting) on Fridays, Saturdays, and Sundays at 10:30 a.m., 11:30 a.m., 1:30 p.m., 2:30 p.m., and 3:30 p.m. The Castillo is open every day of the year except Thanksgiving and Christmas Day. 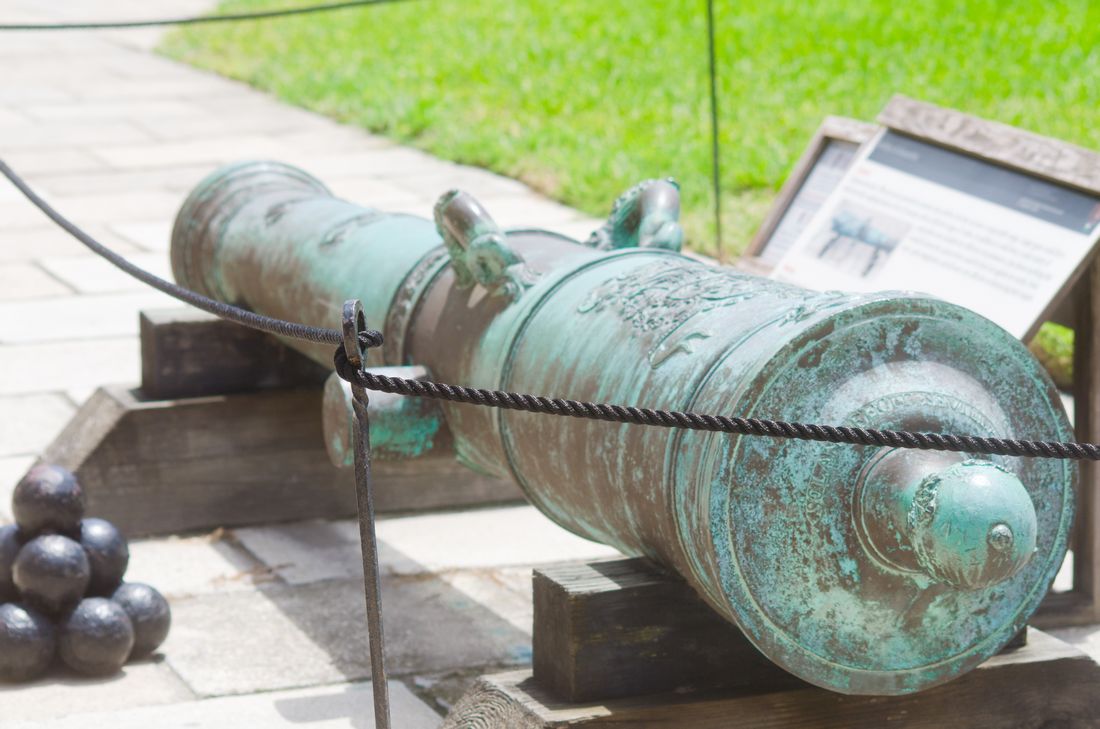 For this reason, it’s really fascinating to see the seventeen century history up close and personal at the fort. The Castillo de San Marcos is literally one of the oldest pieces of history in the US. That should be enough to warrant a trip to see it! Beyond stunning views of the bay front and the coastline of St. Augustine along with the history will give you awe inspiring views and pictures! 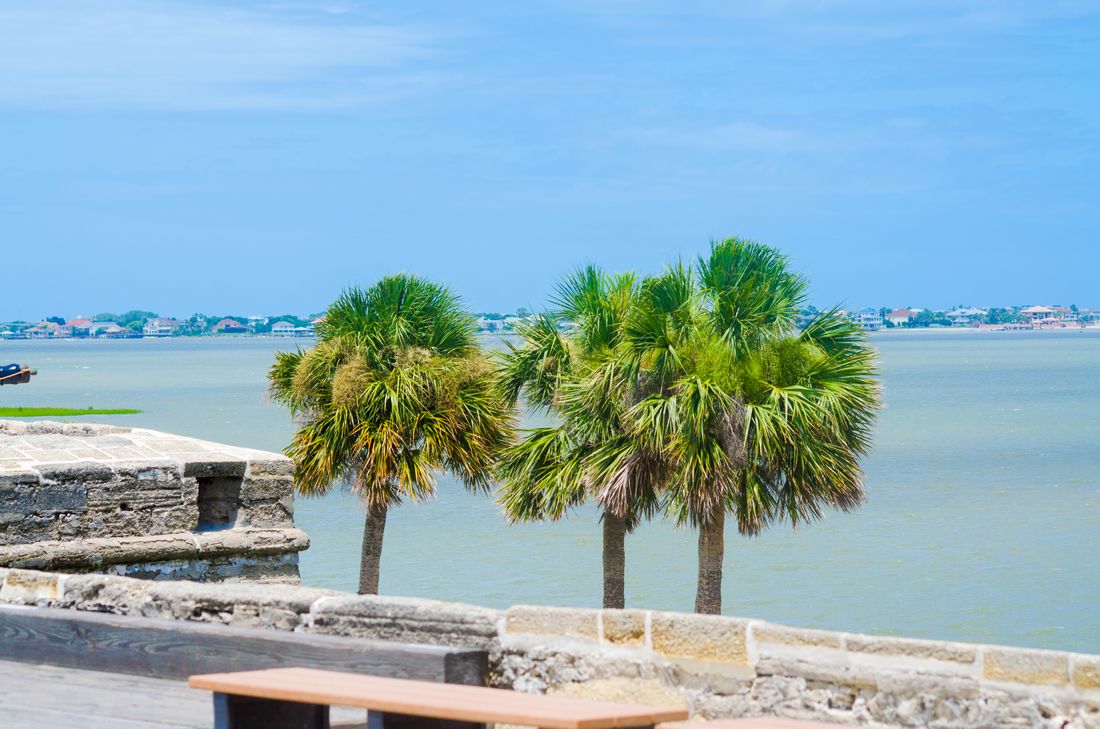 Spirits of the Past: 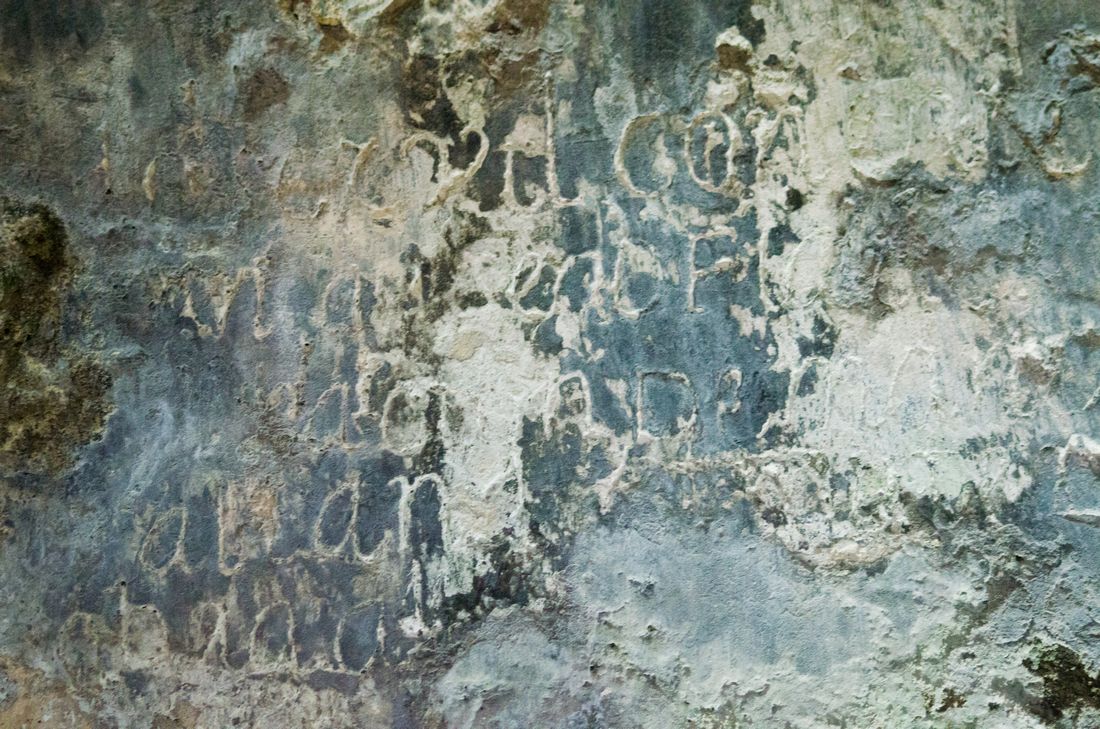 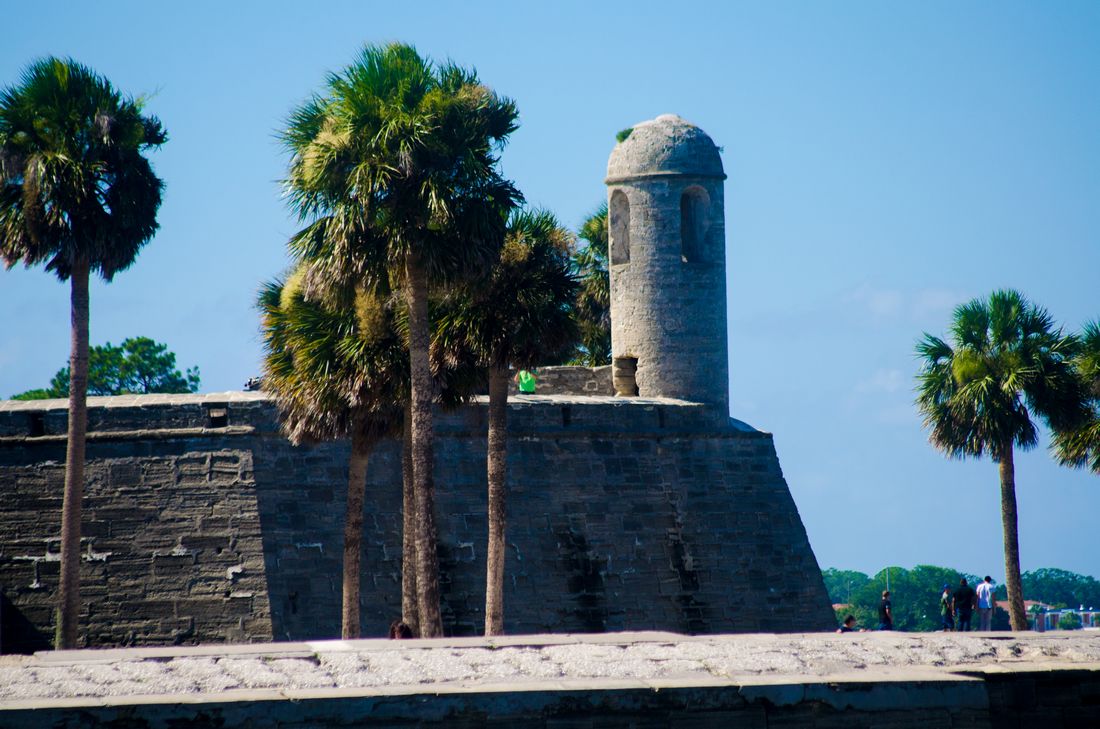 Castillo de San Marcos is stunning from the water. Take a cruise on the bay area to see it from water view. St. Augustine offers plenty of water tours including one that’s in a pirate ship. Although, the pirate ship is not authentic the cruise is definitely fun! 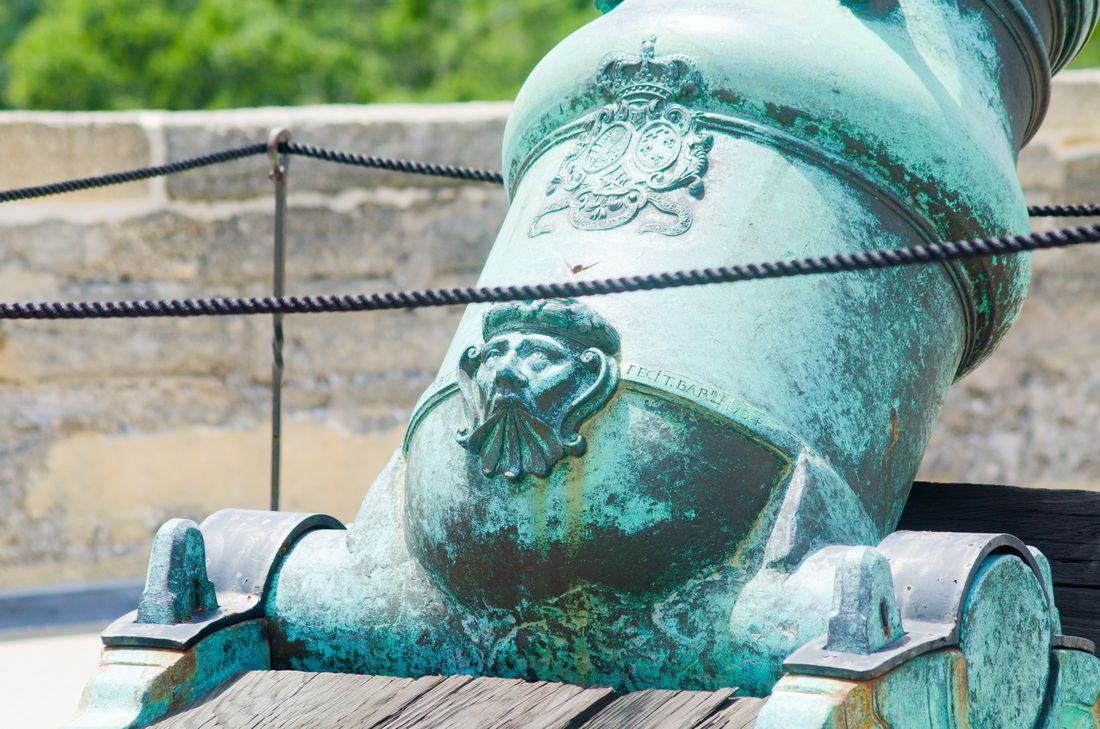 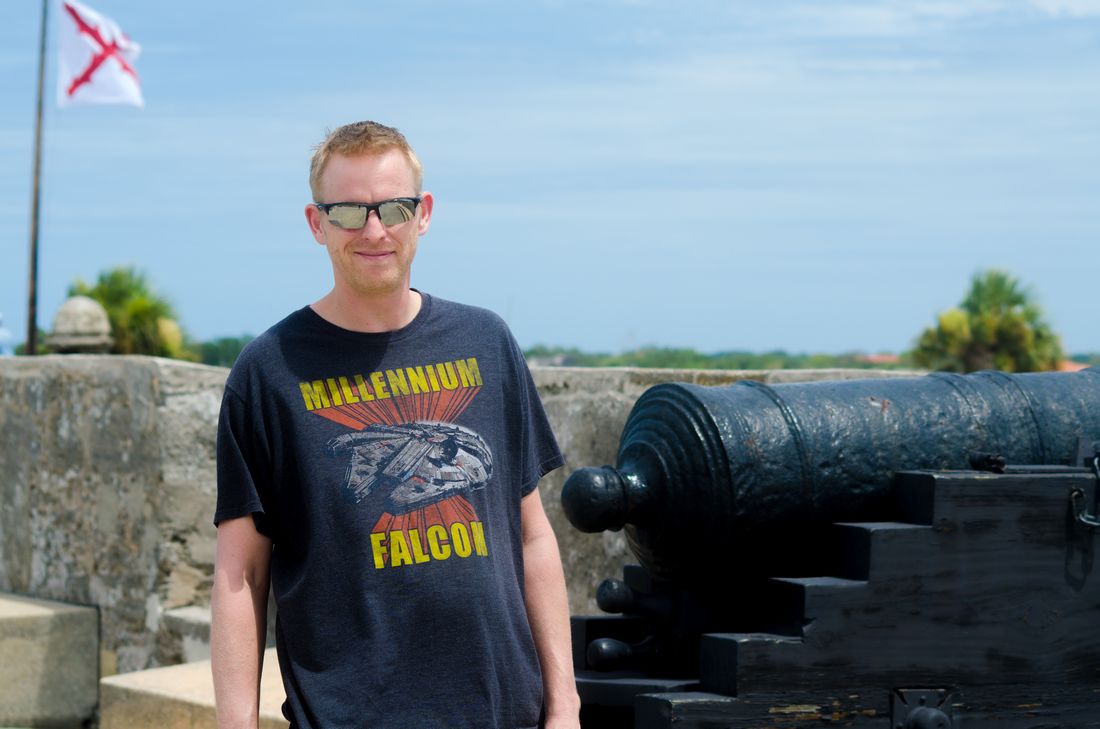 August in St. Augustine is extremely humid weather. Jeans would not be the clothing attire I suggest. Yes, I wore jeans when I visited. Shorts, linen pants, or skirt is perfectly appropriate for that time of year. Shoes like Birkenstock sandals work fabulous for climbing stairs and walking the city. Take your cell phone as you won’t want to lug a heavy camera around. If you do plan to take professional style pictures then I would suggest a comfortable camera bag. Lastly, shoes are everything so if you don’t have good shoes you can purchase some reefs at the shops around the Castillo de San Marcos. 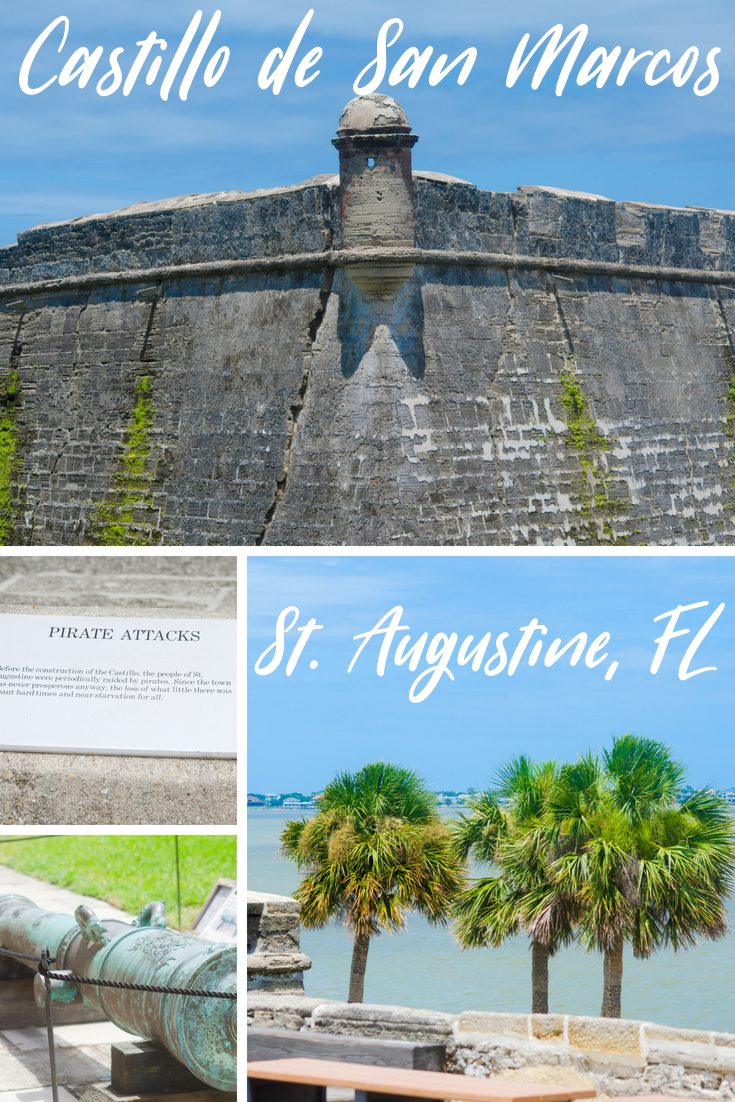 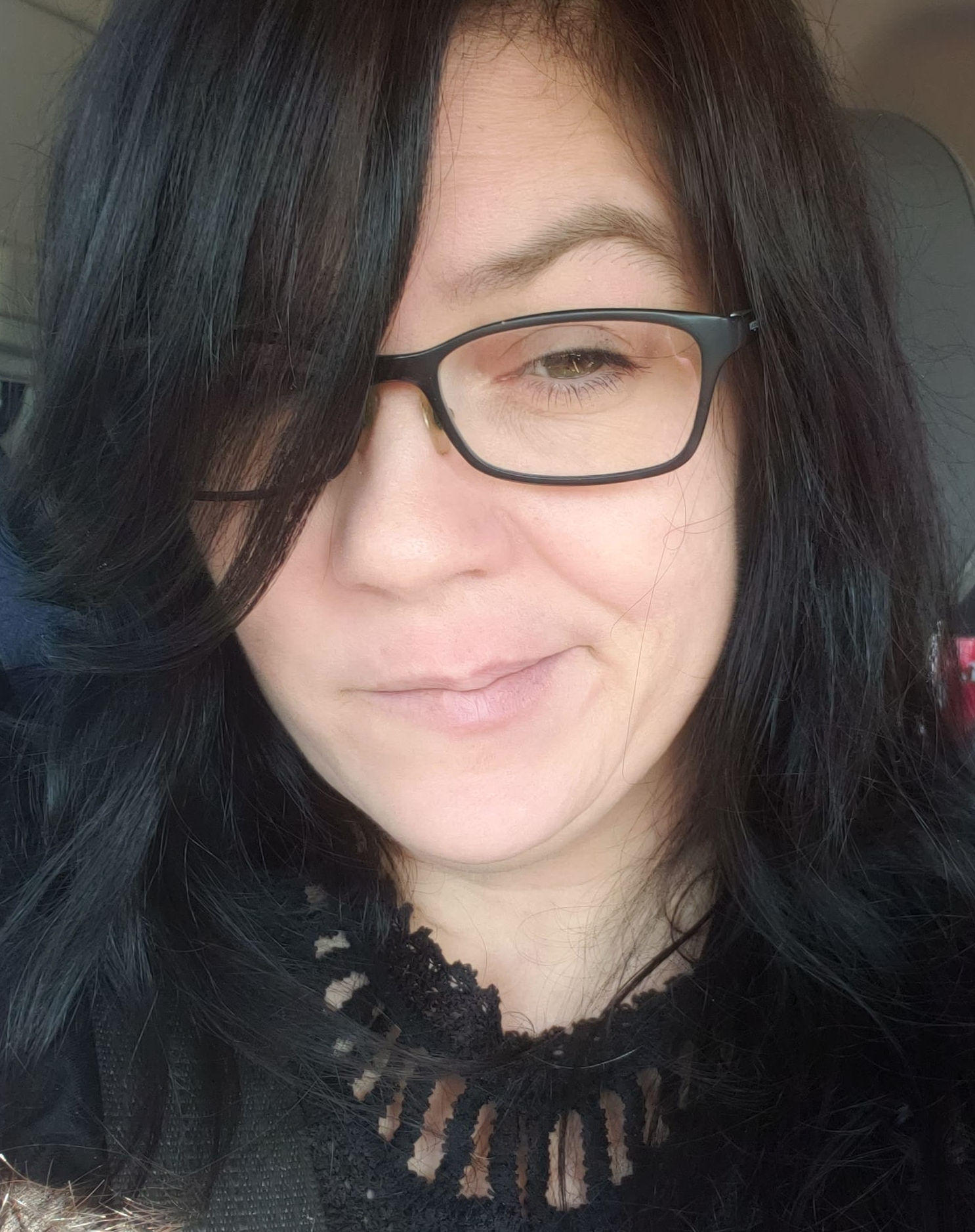