Whole grain bread is probably a favorite in our house. Roman Meal bread is devoured within minutes the loaf enters the door. That being said, it’s nice to have a way to make the simplest of dinners and know it’s healthy. This Roman Grilled Cheese Sandwich features peperoncini’s, salami, and mozzarella on a toasted buttery Roman Meal bread. 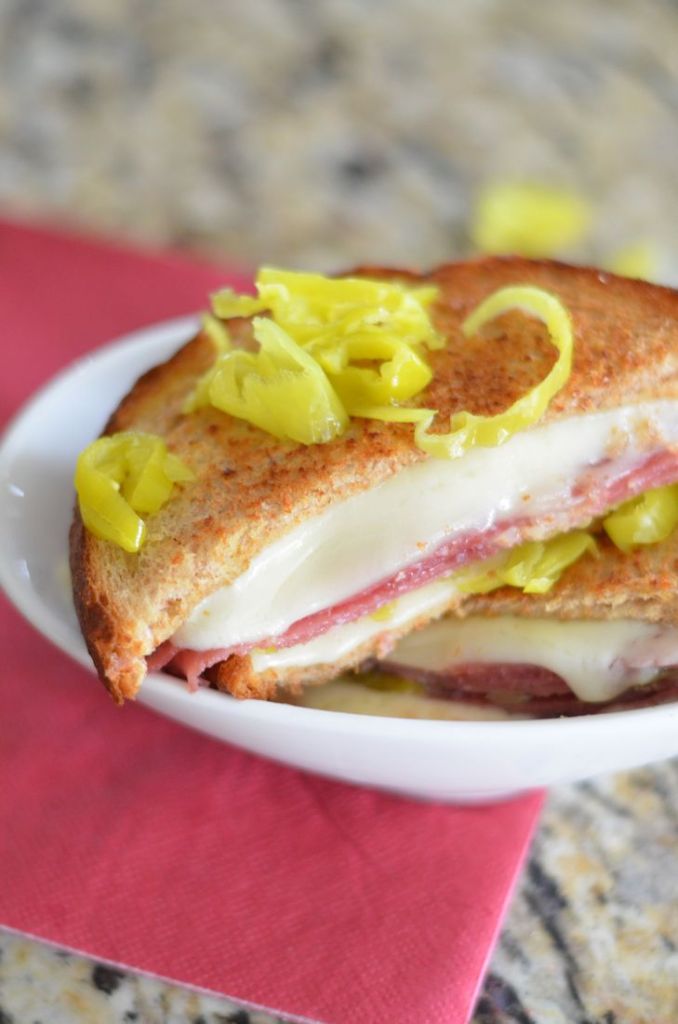 Additionally, It’s takes only a few minutes to make, pairs perfect with soup for a simple week night dinner. My favorite soup to pair it with it is a fresh minestrone soup packed with tons of vegetables that are in season. I can do the soup on the stove or in the slow cooker. Then grill up the sandwiches pretty fast in a iron skillet. Furthermore, making it such a great meal for everyone. Unless you have a son like mine that doesn’t like cheese and then I just replace it with grilled sandwich instead of a grilled cheese. It’s still pretty tasty! 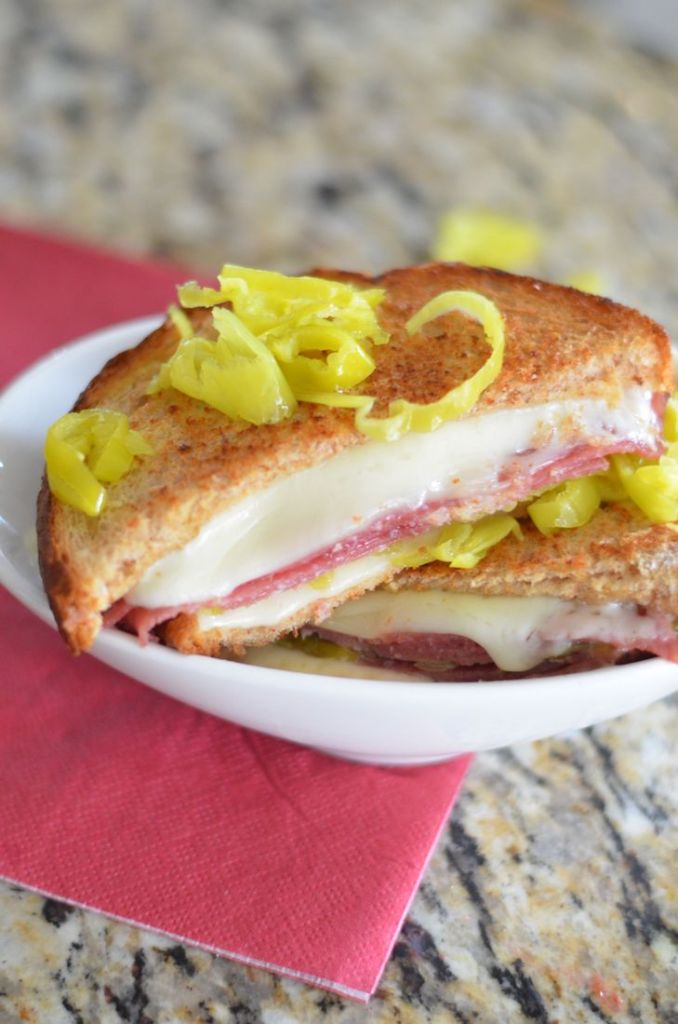 Roman Meal bread is always baked fresh, locally in regional bakeries across the United States to delivering freshly baked bread to your local grocery store. It’s one of the breads we love to use for this sandwich. The peperoncini’s add just enough spunk to this sandwich with out making it spicy. The cheese and the salami just melt together in your mouth.