Jump to Recipe·Print Recipe
Ever have those moments where you say I don’t want to use a whole apple for caramel apples because no one hardly eats an entire apple? I do. Though I know my other half would devour a whole one but most people do not. It’s such a waste. I thought, what if there was a way to make mini caramel apples on lollipop sticks that each person can dip it into whatever they choose. And this Candy Apple M&M’s Cookie Skillet for something easy to serve up with a quickness. 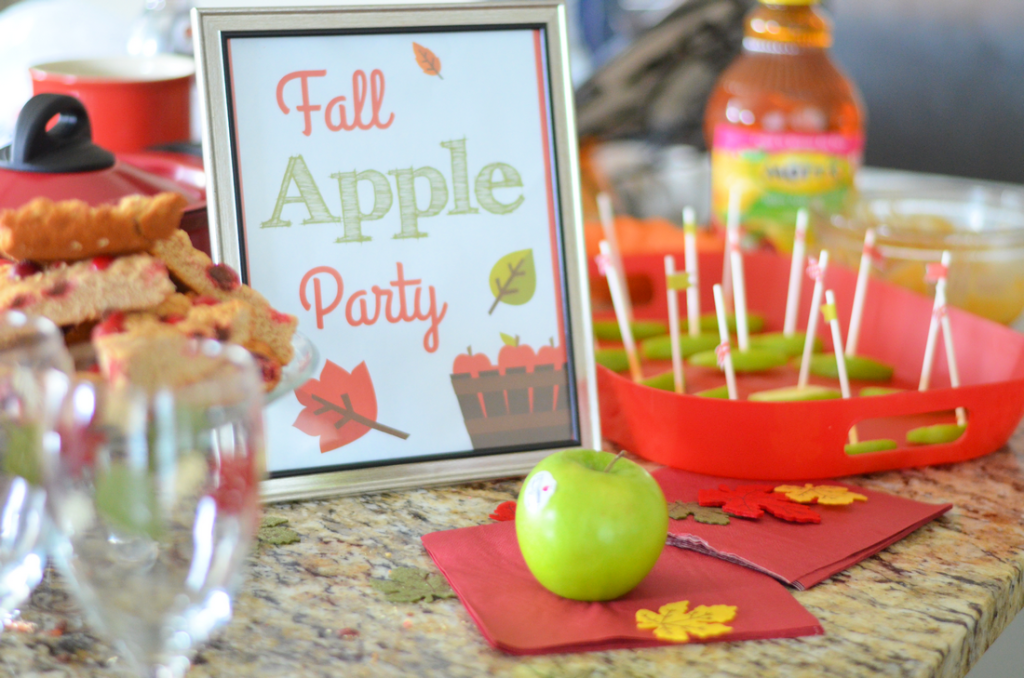 For fun we put together a Fall Apple Party with caramel apple bites and candy apple M&M’s cookie skillet. 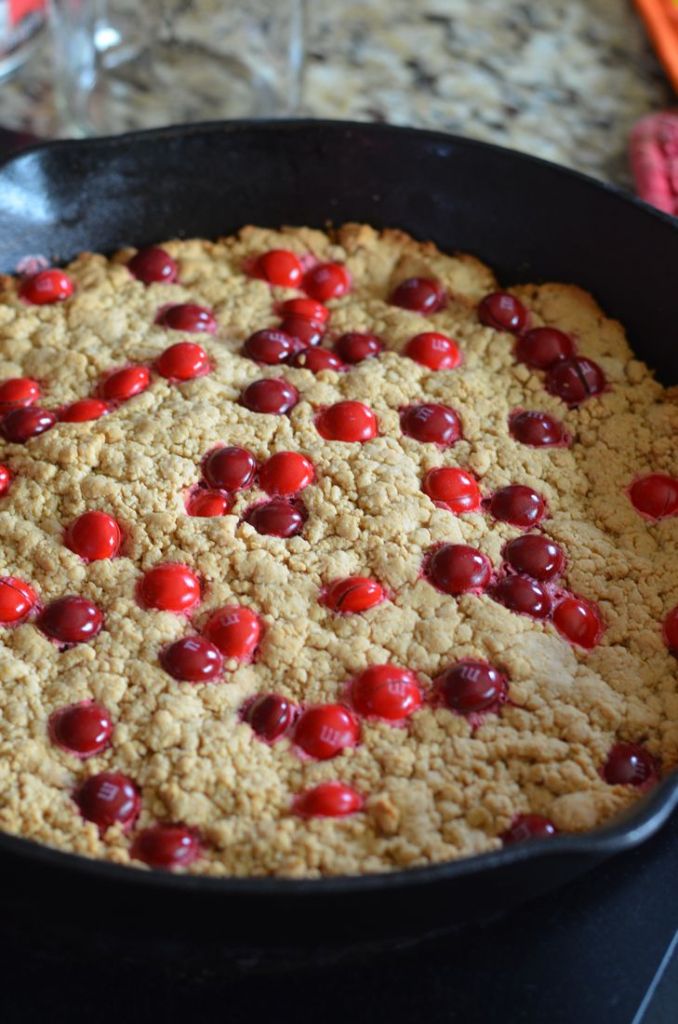 Simply cut the apples into slices and you can dip them into whatever you like. It’s the perfect dessert or appetizer for a fall apple party #FlavorofFall. It’s a good way to make caramel apple bites for a fall football gathering or even a trunk or treat.

With the weather drop here in Texas I’ve done nothing but crave apple recipes. To pair with the apples you can have a slow cooker cinnamon apple wassel and candy apple skillet cookie. Add some printable party decor then you have the cutest Fall apple party ever! We set it up on a Monday evening when we had a few friends over to have dinner and dessert. We watched spooky TV shows and movies to accompany the cooler fall weather we had roll in. 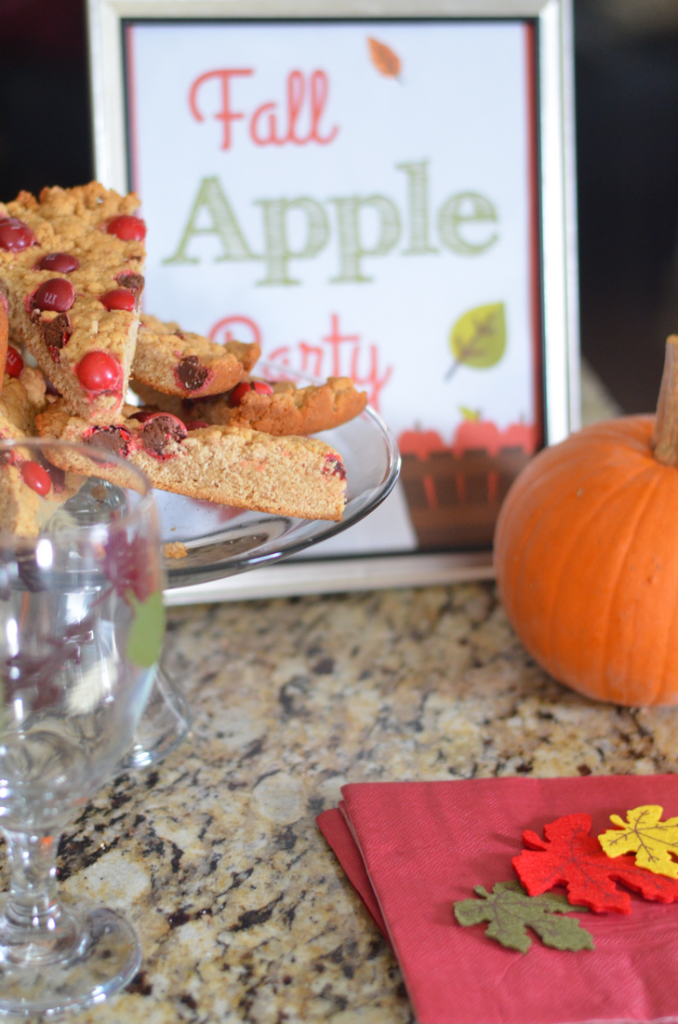 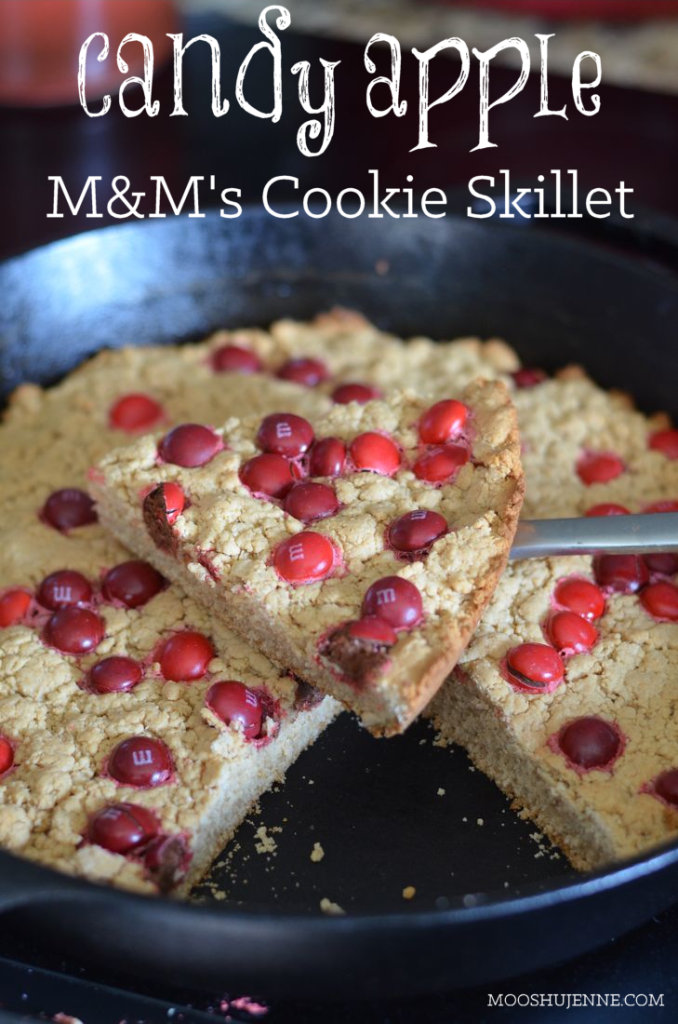 Now about the recipe! I would love to know what you make for your own Fall parties.

Candy apple M&M’s mixed with a vegan cookie dough for a delicious treat.